On October 12th, the resident committee of the Science Park II building organized a welcoming party for the residents. Thanks to the help of Duwoners, we could propose drinks and snacks to the people attending. We started at 8pm the evening that would end later in the night.

People started showing up few minutes after the official opening. For most of them, it was the first time that they meet their neighbors. People started to mingle and enjoy each others company around a glass of juice, beer, and some snacks. At 8:30pm we started a quiz about funny facts in Netherlands and Amsterdam. People participated happily and the team with the most answers won a chocolate box!

The official end time of the party was at 10pm, but since people were enjoying the event, the evening lasted until mid night. This event was a success in terms of socializing people and having nice time with each other and making new friends. We hope that similar event will occur in a very close future! Thank for the help of Duwoners! 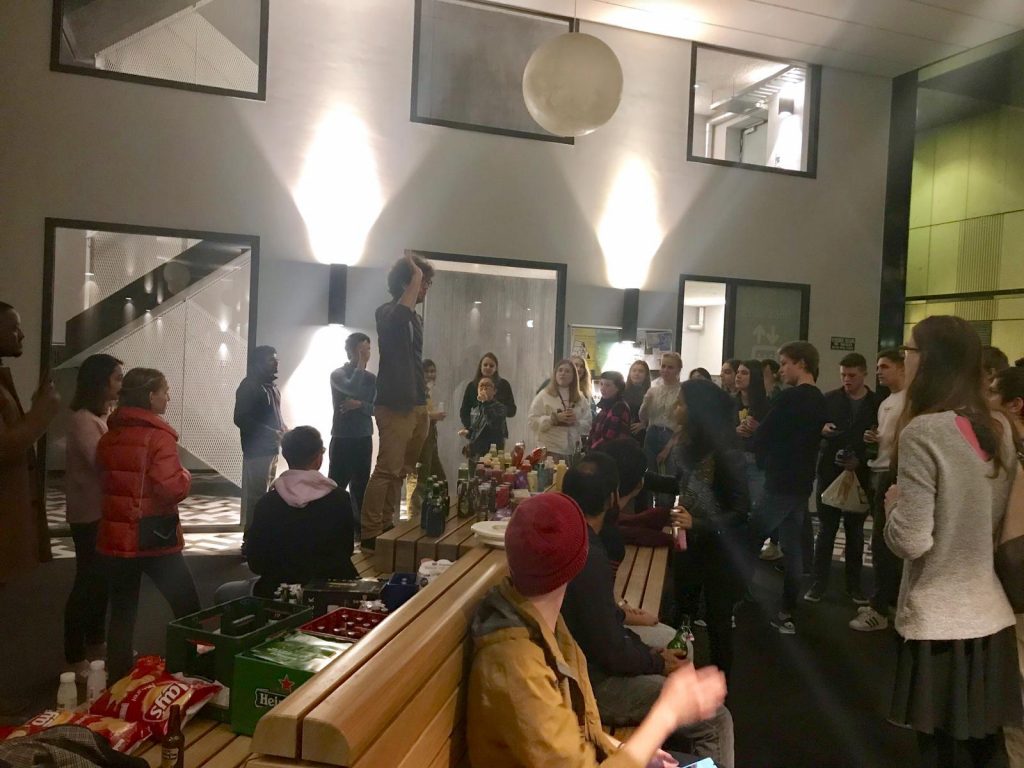